You know what I love about being a Milwaukee Brewers fan and collector?  The fact that when we win the pennant we piss away an awesome year by losing in the first round of the playoffs? Steroids? Gary Sheffield?
Nope none of those things. It's that I can pick up great cards like the ones below for next to nothing.

I've been busy in the off season picking up great premium cards and auto cards of past, current and future players for my collection. All these cards were picked up for $5 or less most of that includes shipping.

Topps Triple Threads is probably one of my least favorite higher end releases each year. I think that's mainly because all the inserts look exactly the same year after year.

Take this Gallardo Unity relic. I believe this is the Sepia parallel #d to 36. Not a bad looking card at all, just similar to all the other Unity relic cards Topps has produced over the years. 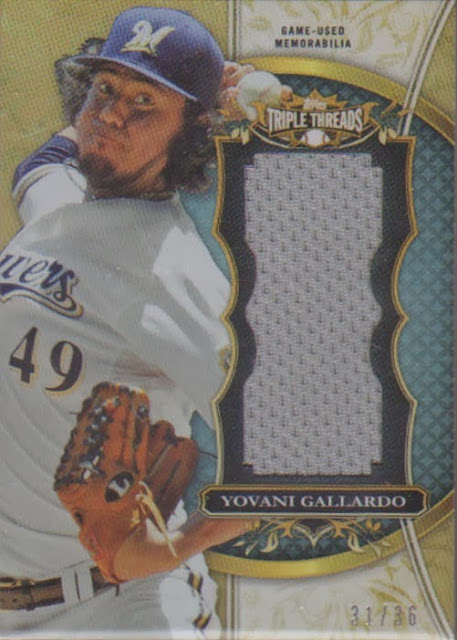 I picked up a trio of sophomore pitcher Wily Peralta's auto cards really cheap. Wily had a complete game against the Reds in July this year. He shows a lot of promise and one of the few bright spots from this season. The Brewers could use a few more bright spots. 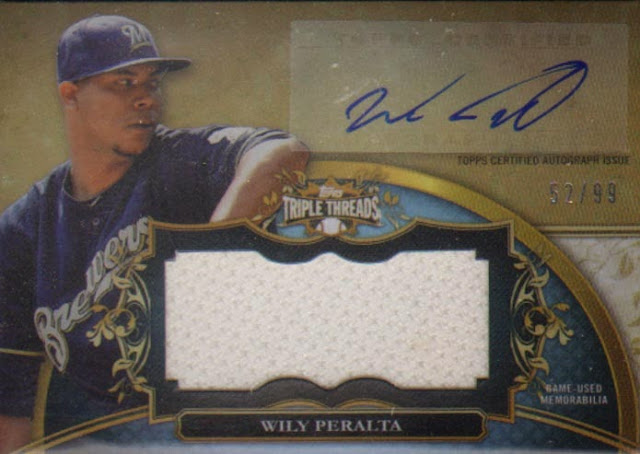 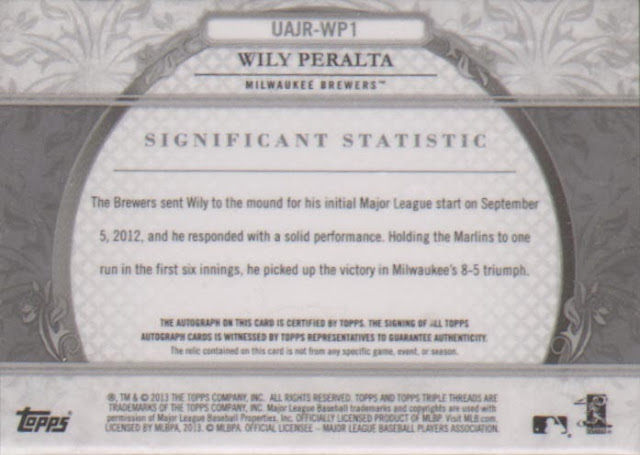 Tier One on the Rise on card auto! I think I paid $4 for this card. 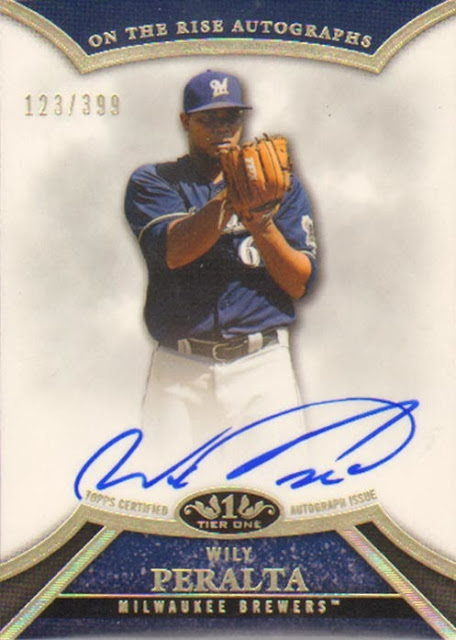 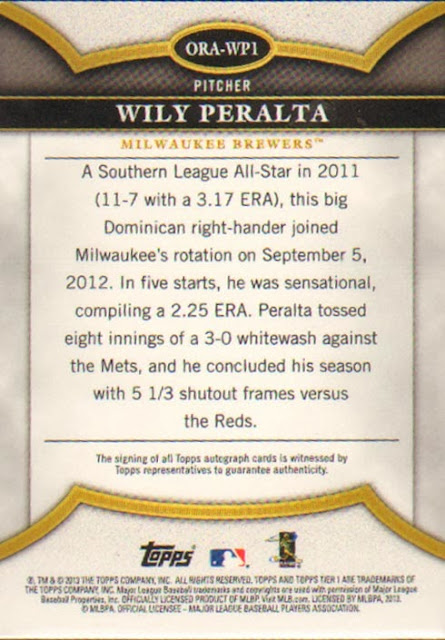 And another great on card auto from this years A&G set. 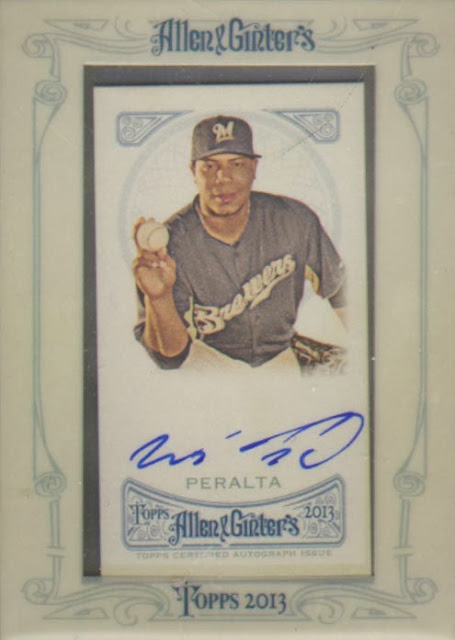 The tale of Johnny Axford. Oh how the mighty have fallen. Man I use to love to watch this guy close. I even got a really nice auto from John at Spring Training a few years back. John was traded to the Cardinals this year for a player to be named later, still waiting to see who that is.  The Cardinals didn't tender John an offer this off season so we'll have to see where he ends up.  At least he got to play in the World Series this year. 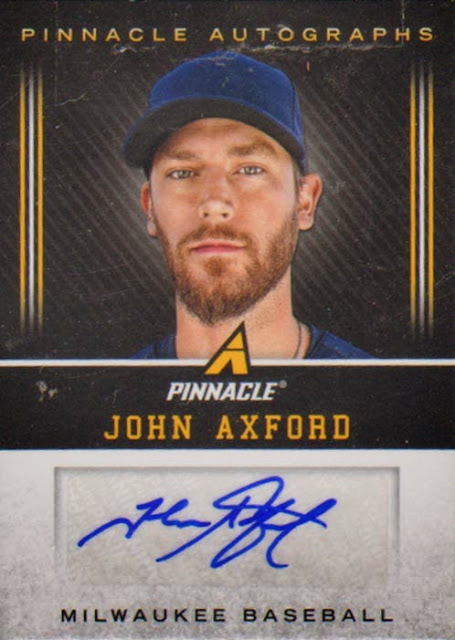 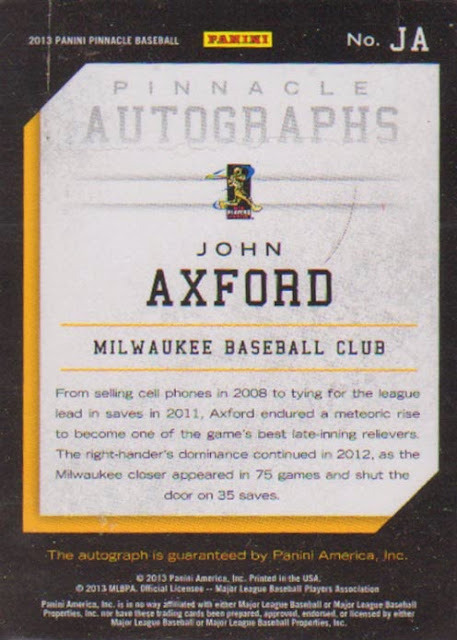 Ah Rickie Weeks. Rickie did not have a good year this year and then ended on the DL. But his bad year makes for easy pick ups as I snagged this 2004 Fleer Platinum auto for a steal and it's numbered to 200! 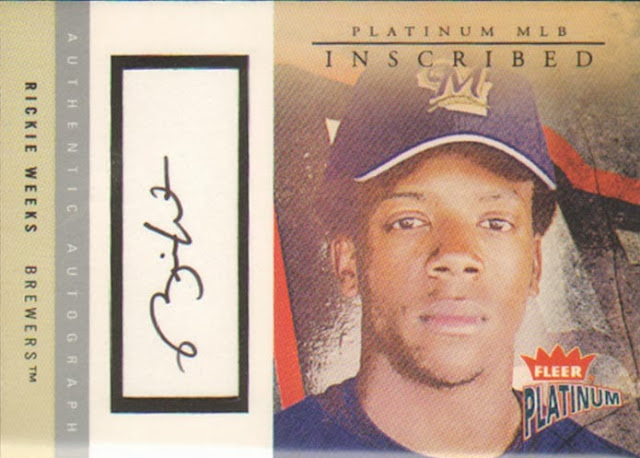 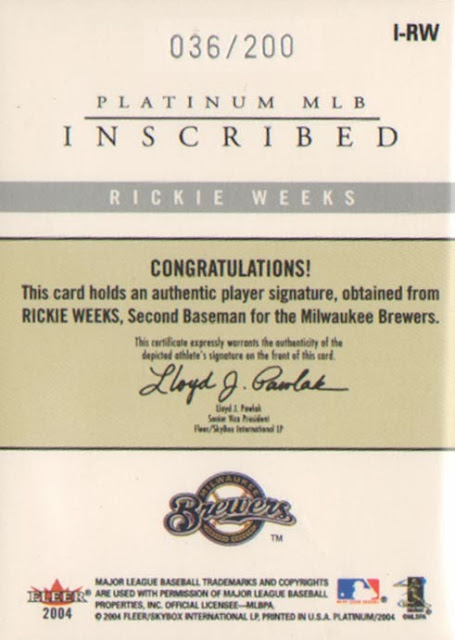 Bill Hall is one of those players I never got to see play. At least I never remember seeing him play, but to be honest I don't get to watch a lot of live Brewers baseball up here in Alaska. But he was a fixture in my Topps team sets from 2002 to 2009.  I still might have to see if I can get him TTM, but picking up a certified auto card cheap will tide me over till then. Bill played with the Brewers for 7 years and then started his exit by bouncing between 5 different teams before he left the MLB. Most recently he was playing with the Long Island Ducks of the Atlantic League of Professional Baseball, which has no affiliation with the MLB. Something else I learned about Hall, he plays the Tuba. 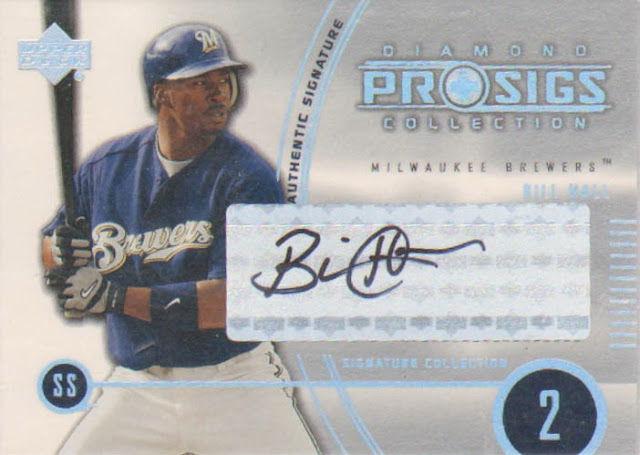 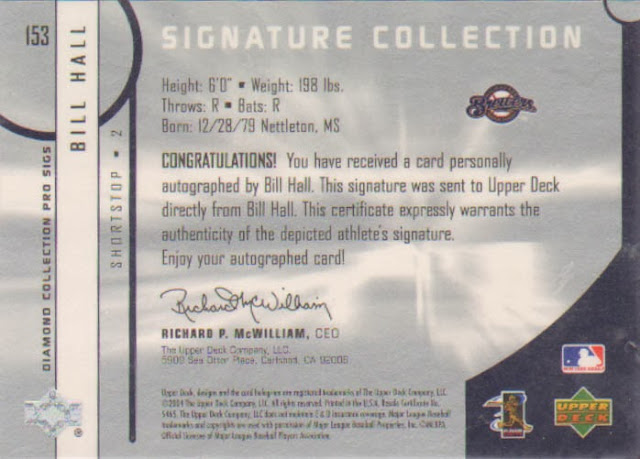 Oh Corey.  Poor Corey, seems like Corey has been in injury rehab forever. And now he's a free agent. We'll have to see if he gets to stick with the Brewers or if he travels onward, but this 2009 UD Signature Stars auto card is simple and sweet. 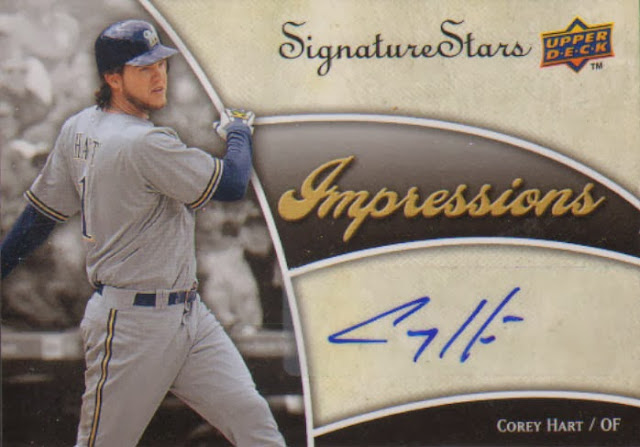 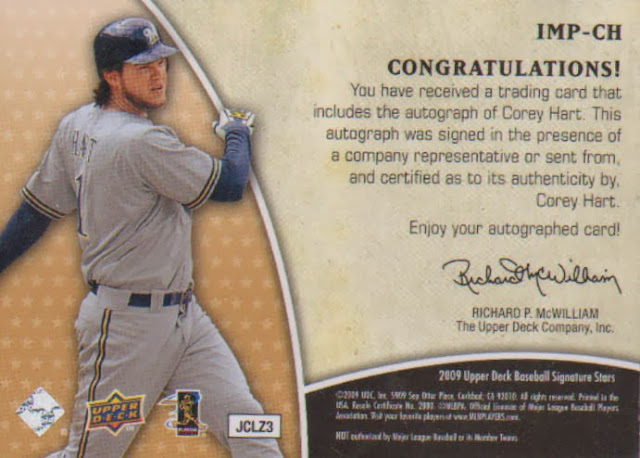 I'm still on the look out for a cheap auto of "He who shall not be named" we will see if I can snag one.
Posted by cynicalbuddha at 12:12 PM No comments: