I came across a 1983 Gardner's set on ebay a few weeks ago.  It was hard to pass up for a buck and shipping.  Not only do I get the whole 22 card set in one go I get a Rollie Fingers and Robin Yount for the Super Collections, and a Paul Molitor and others. 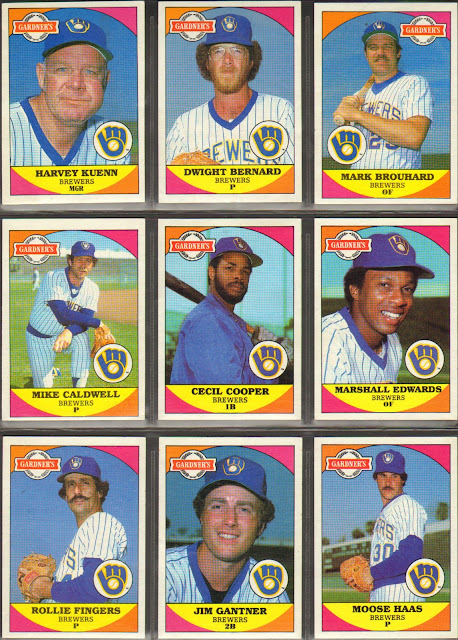 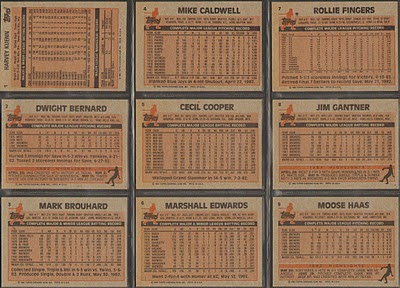 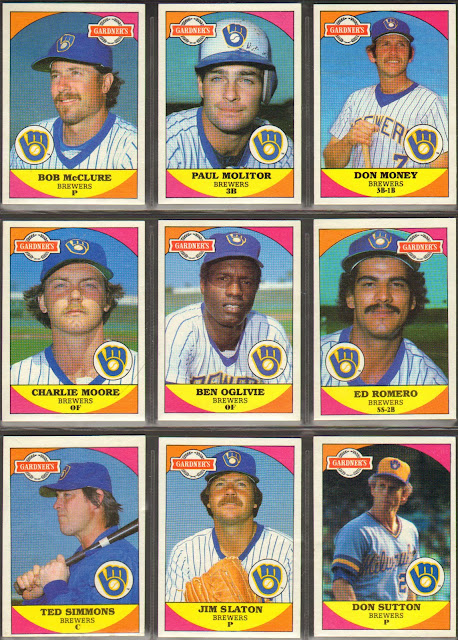 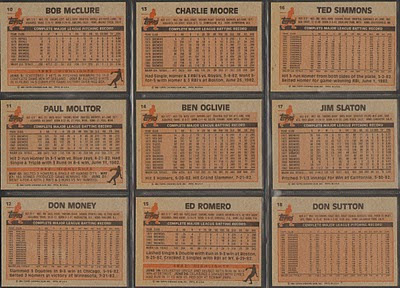 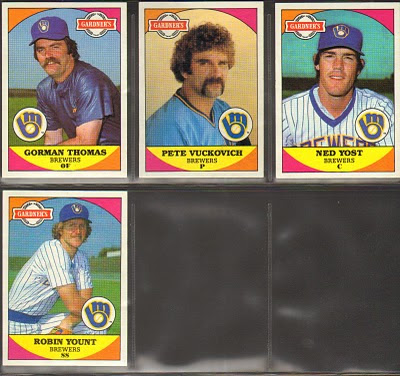 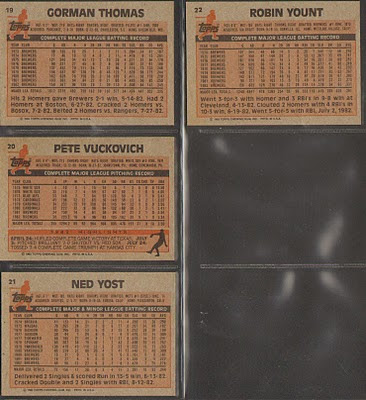 I love the old Gardner's sets.

Posted by cynicalbuddha at 9:59 AM No comments:

Wow it's been awhile since I've had something to post here.  My fault, I guess I could have pulled something outta the closet before now, but I've been busy watching the Packers win.  With football winding down I'm really looking forward to baseball starting up.  Anyway....

According to the Standard Catalog these coins had 3 types of backs,  1-50 had brass backs, 50-100 had silver backs, and 101-158 had blue backs.  You can see the difference in the backs here.  According to the Catalog these are worth about 2 bucks a piece in mint.  These are not mint.  I think I picked all three up for under a dollar.
Topps also put out a coin set in 1964, which has some huge names in it.  Not that the 71 set doesn't.
Back in 2003 Topps Gallery had cards that had money embedded.  While I don't think we need another set of Topps coins.  Personally I think their a little awkward.  But I think Topps could come up with a hybrid card maybe with a Topps coin embedded in the card.  They could have parallels like most of the other stuff, even buybacks.  Well it's just an idea.  Oh maybe even 24kt gold coin cards.  If they can make 24kt gold cards I'm sure Topps could mint a 24kt gold Topps coin.  That would make an interesting 1/1 card.
cb-out
Posted by cynicalbuddha at 10:18 AM No comments: