This is way old news, but since I'm taking a trip back to the motherland this spring and plan on making at least one game at Miller Park, since I've never been there.  I wanted to see if perhaps there might be a giveaway.  The wife and I were planning on trying to make the Brewers - Cubs Series near the end of April. And it just so happens there is a bobblehead giveaway on Sunday, but I think we were planning on going to the Saturday game.

But here is the list of 2013 Bobblehead giveaways announced last November and a couple of released BH photos. 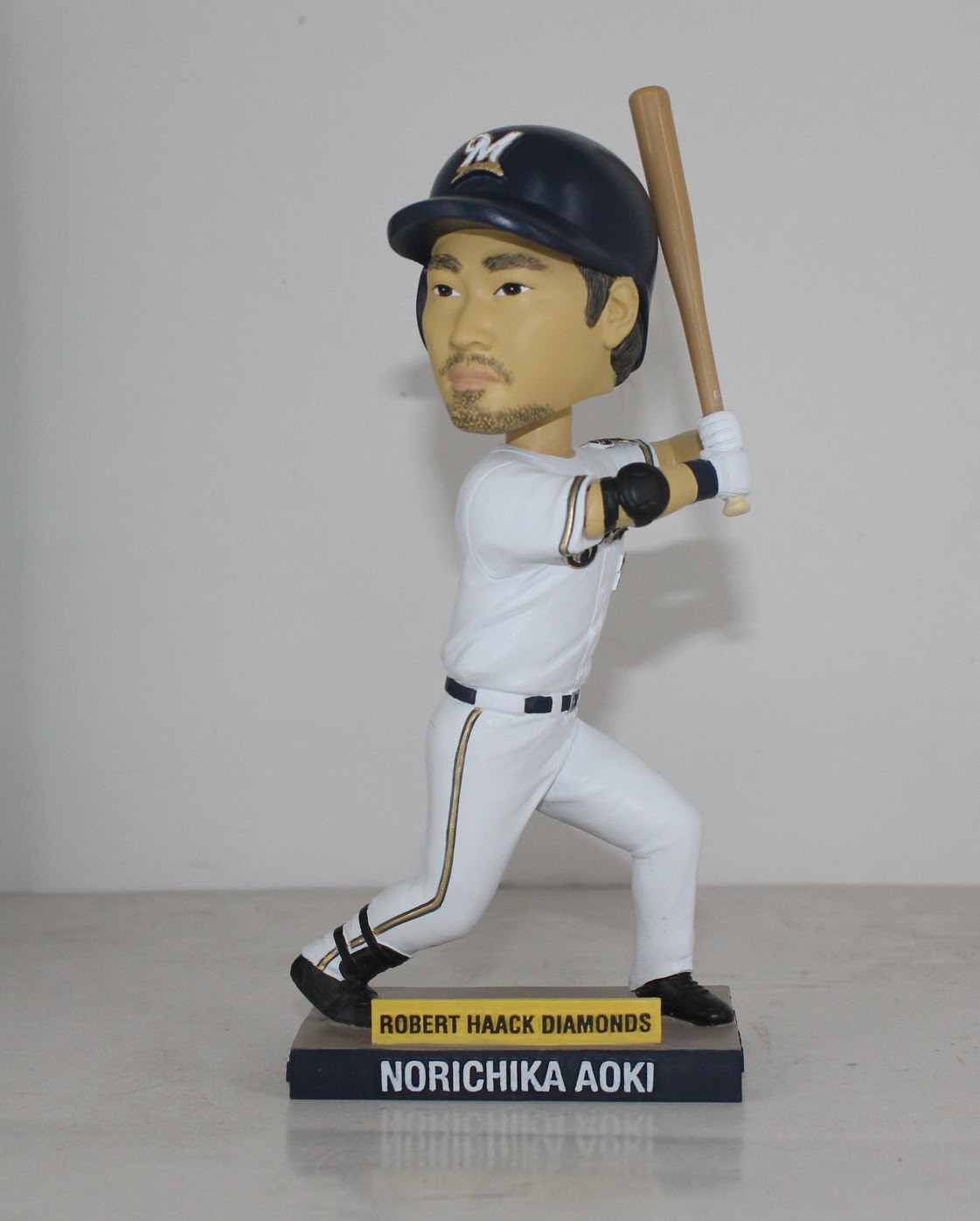 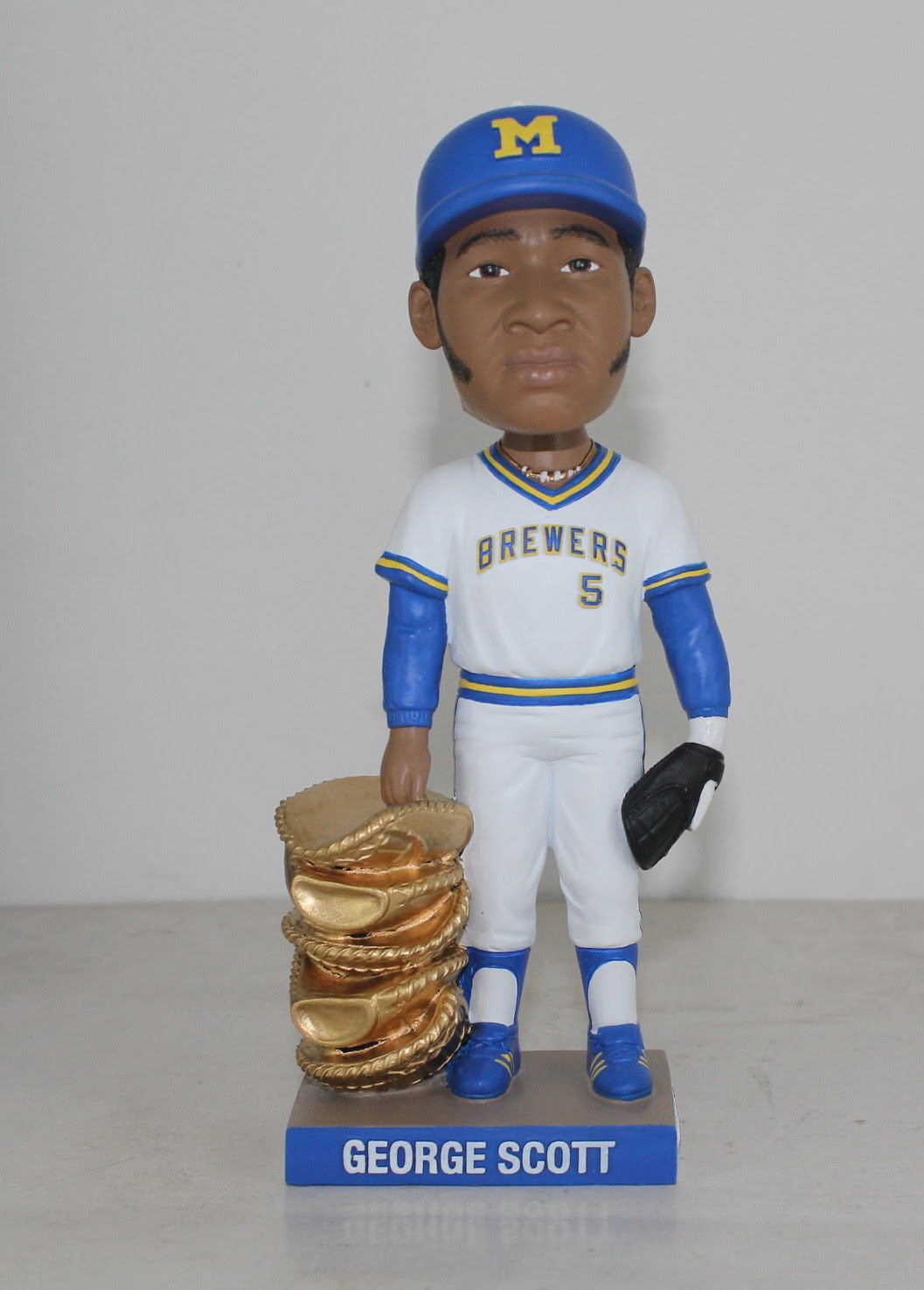 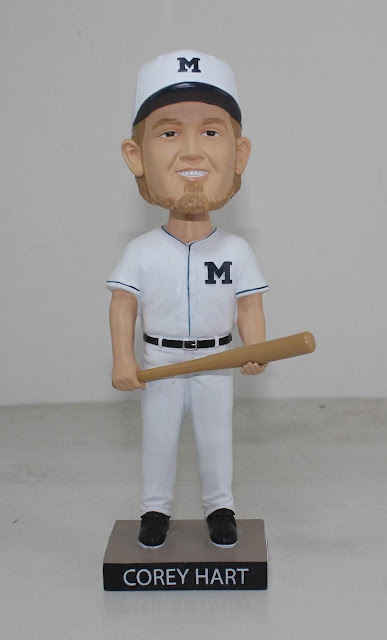 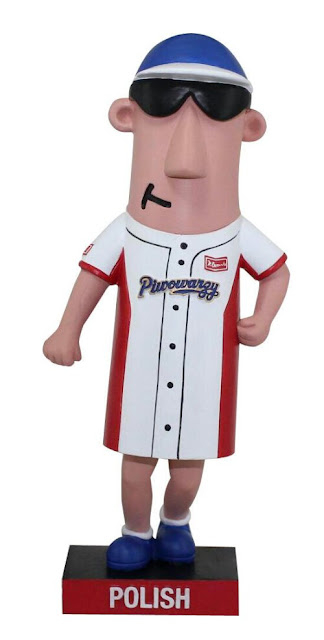 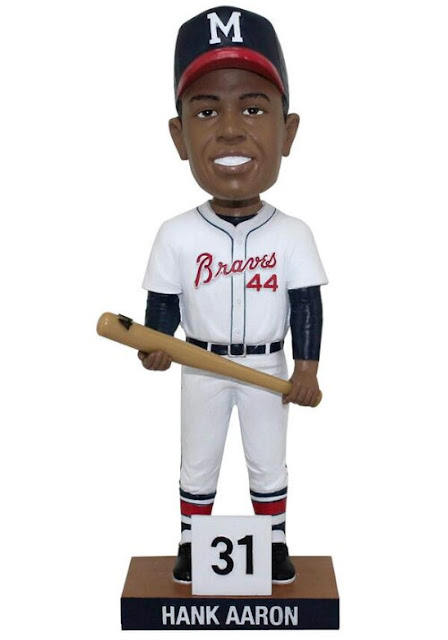 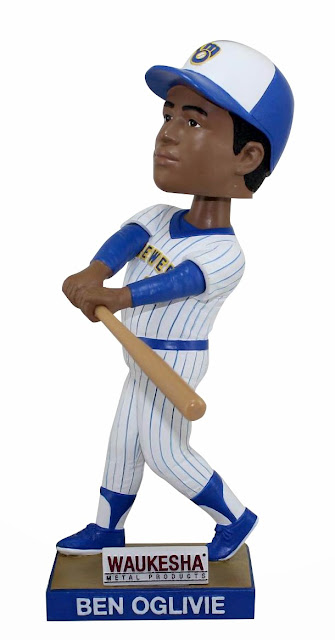 Posted by cynicalbuddha at 1:22 PM 2 comments:

Been awhile since I posted sorry.  I was digging out some stuff to showcase on my Yount blog and ran across this gem I picked up a while back.  As a matter of fact I'm not sure when or how much I paid.  I do know I got it off of ebay.  It's autographed by Jim Gantner, and after looking at examples of his auto I'm fairly confident it's legit.  I actually got two of these.  Someone had taped two of these together for some reason and it's obviously been hung on a wall there are pin holes in all three corners, but a great little piece of Brewers brewania.  I'm not sure the history of these. But I'm sure they were either given out to bars as a promotion or a giveaway either before the game or sometime after.  It's just made of thick paper and they have seen better days.  Meant to be hung on wall the back side is blank. 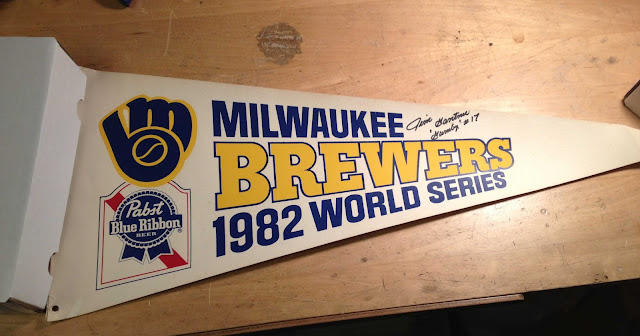 One of these days there'll be another one of these for us Brewers fans.  Well we have less than a month till Pitchers and catcher report.  Cheers everybody.

cb out.
Posted by cynicalbuddha at 8:45 PM No comments: