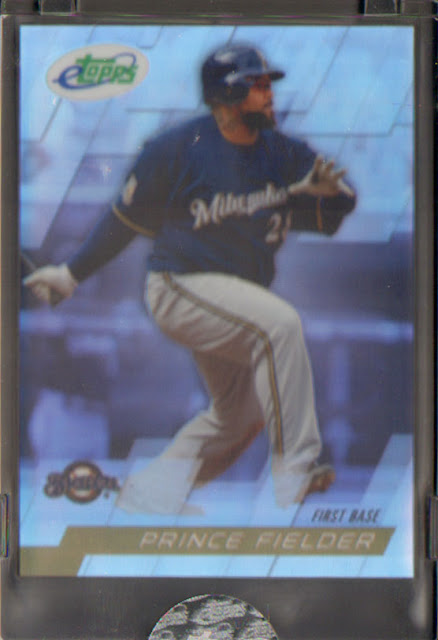 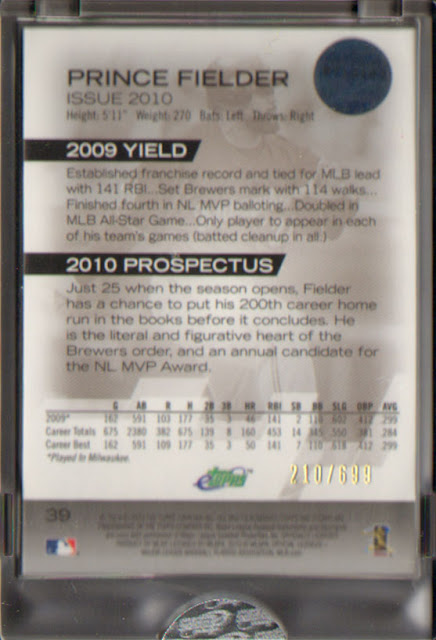 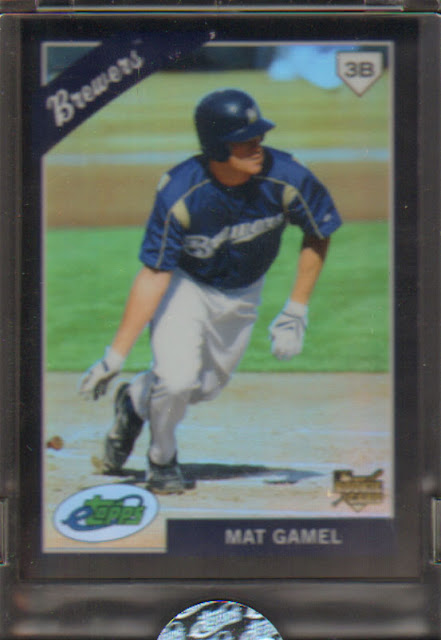 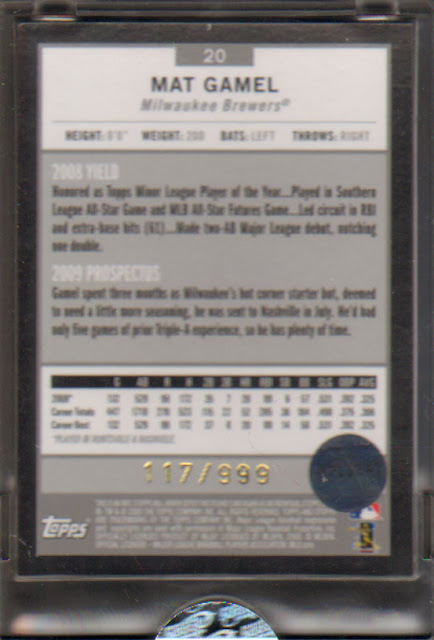 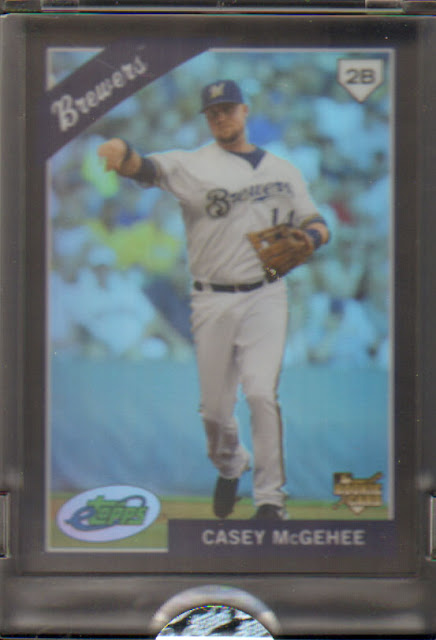 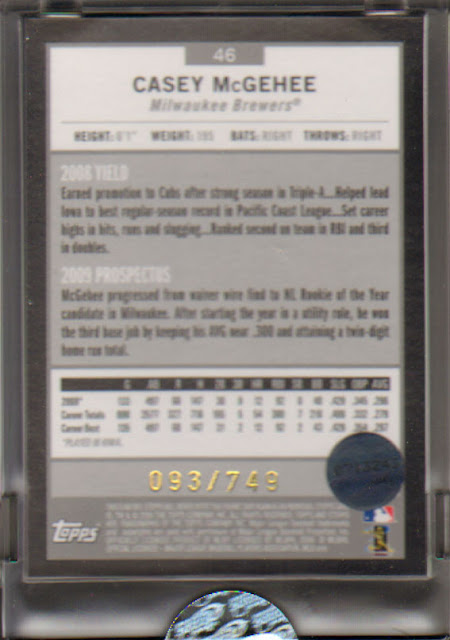 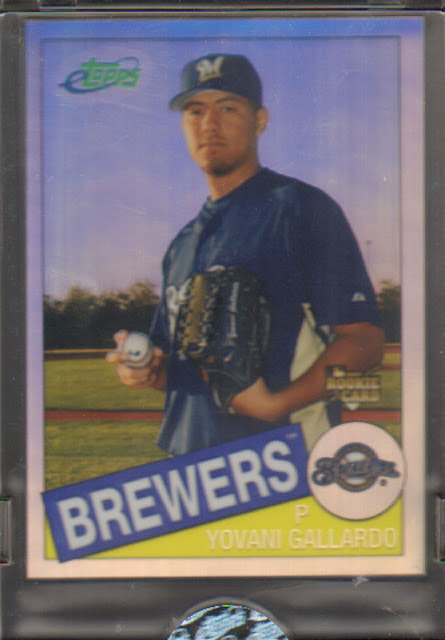 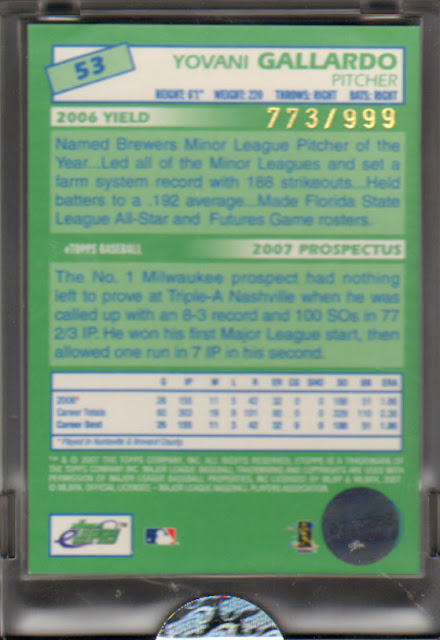 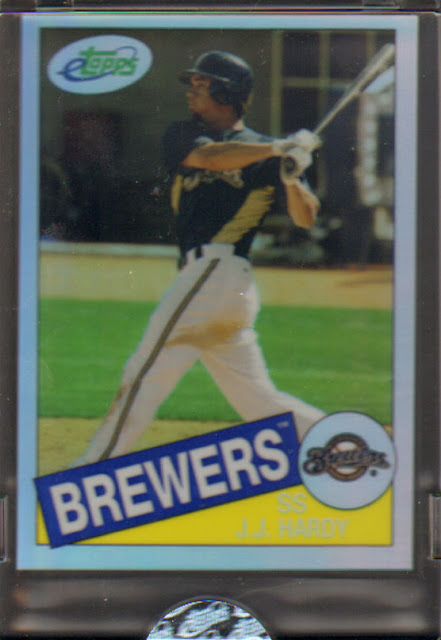 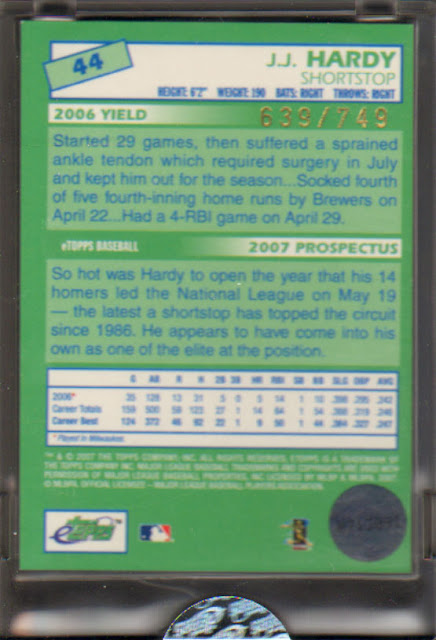 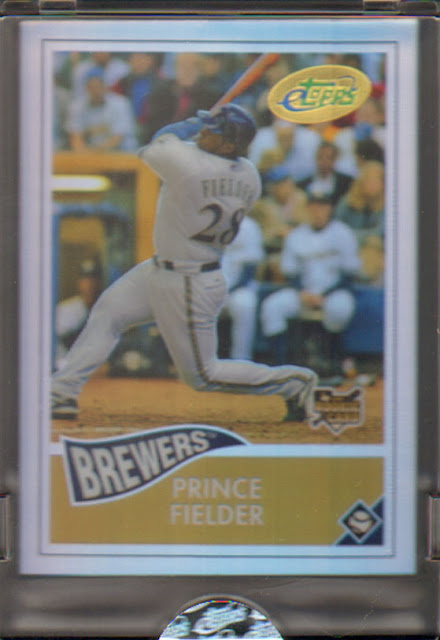 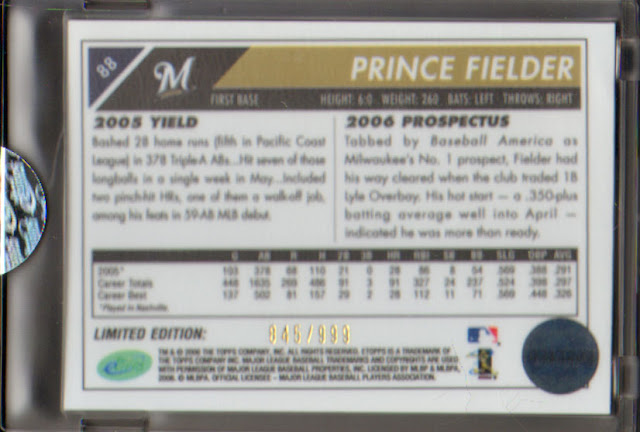 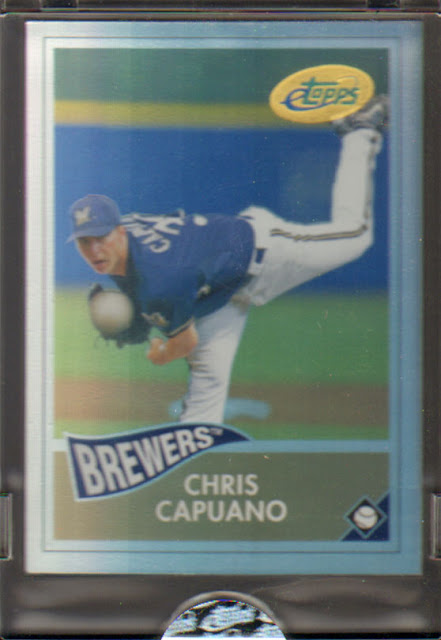 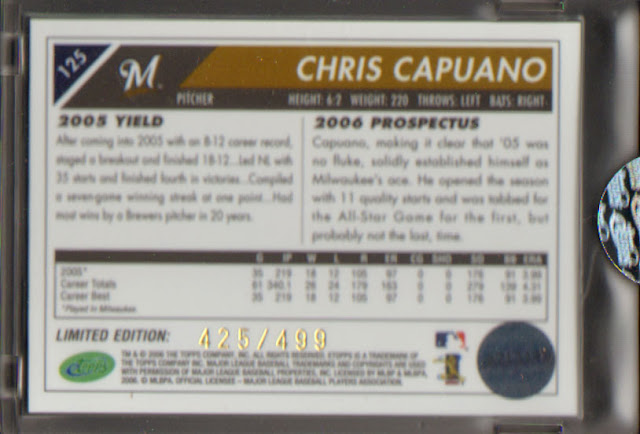 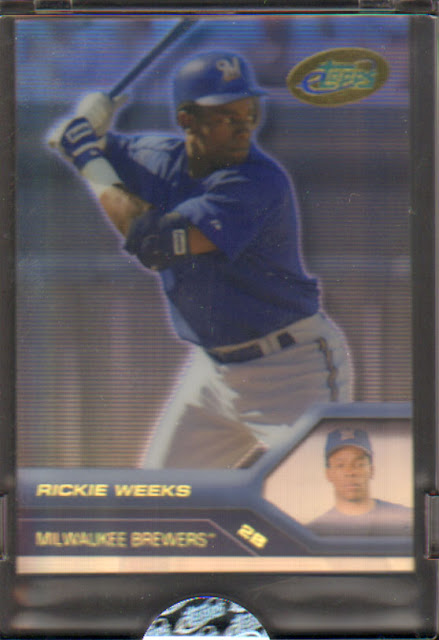 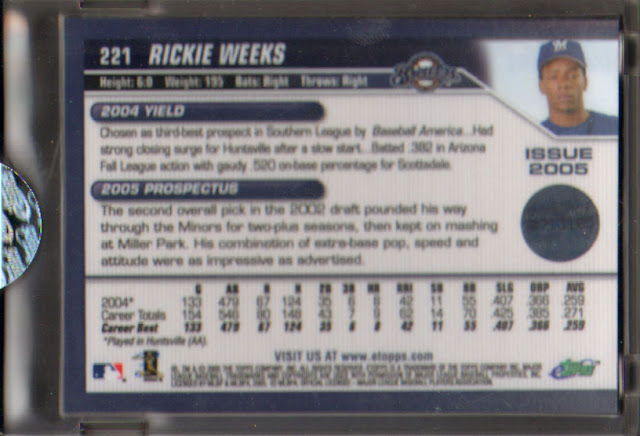 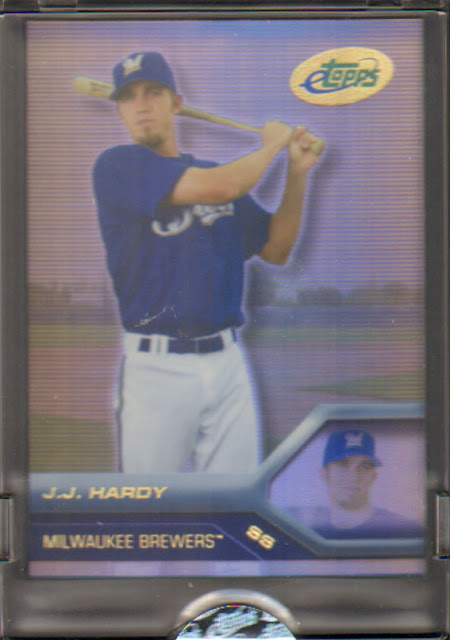 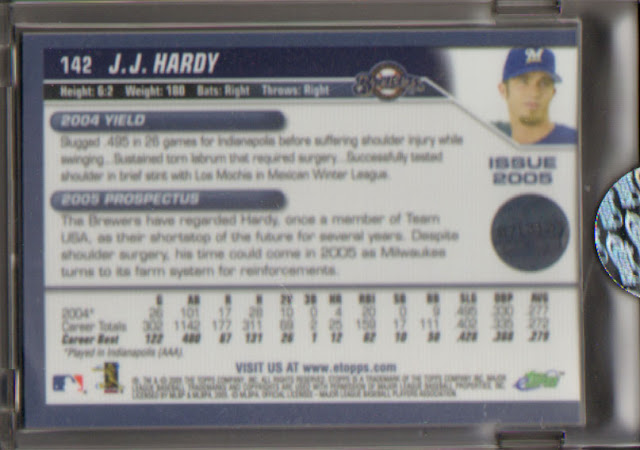 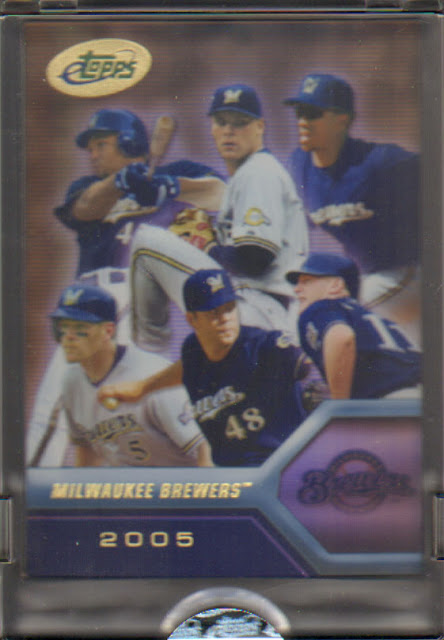 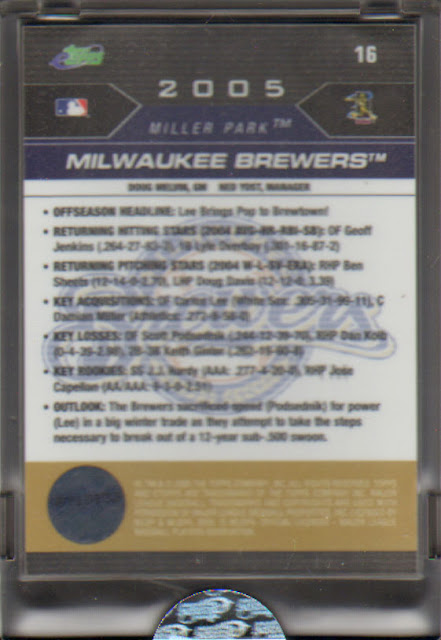 2005 Brewers Team Card. Not a single player featured on this card is still with the team. 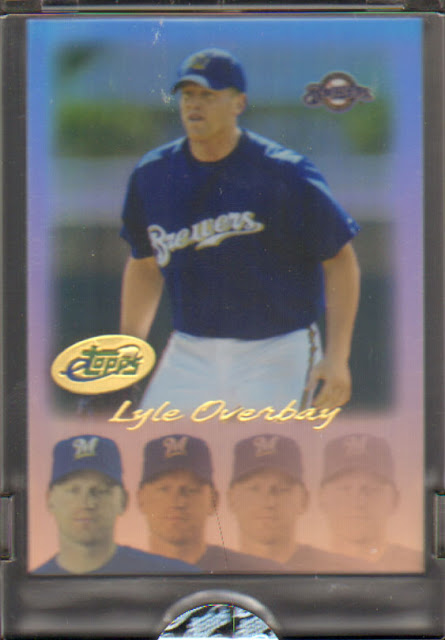 Email ThisBlogThis!Share to TwitterShare to FacebookShare to Pinterest
Labels: eTopps

A recent card show pick up.. The Mighty Mo!!!

The card shows here are kind of a joke.  I've talked about them before.  Same two guys with the same stuff and they usually have to team up with the stamp and coin guys to fill up the space.  But I was jawing with the guys and notice this nice Paul Molitor card sitting behind the glass.  He flipped me a price that was just right and I walked away with a nice new card for my Paulie Mo and Brewers Collection. 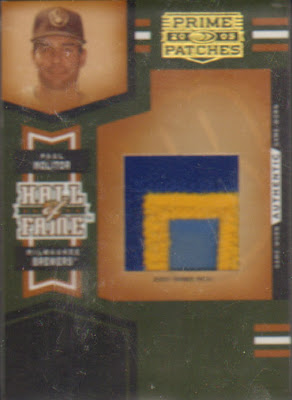 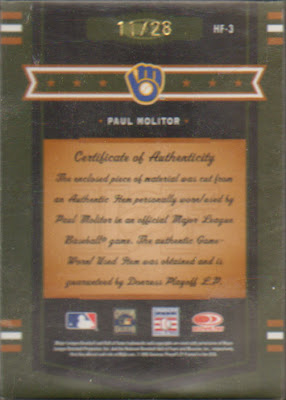 Just a super nice patch card numbered to just 28!!
Posted by cynicalbuddha at 9:42 AM No comments: