Well there is a new product out among us right now.  Topps exclusive online Turkey Red has finally gone live.  This year the Brewers have 3 base cards and 4 autos (plus parallels) to chase and a few of them are really rare. 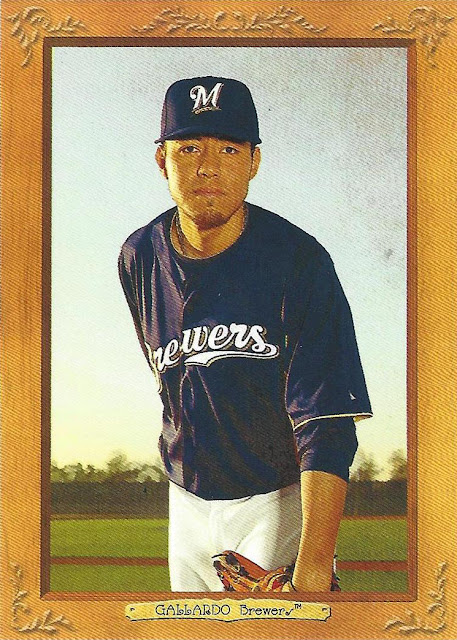 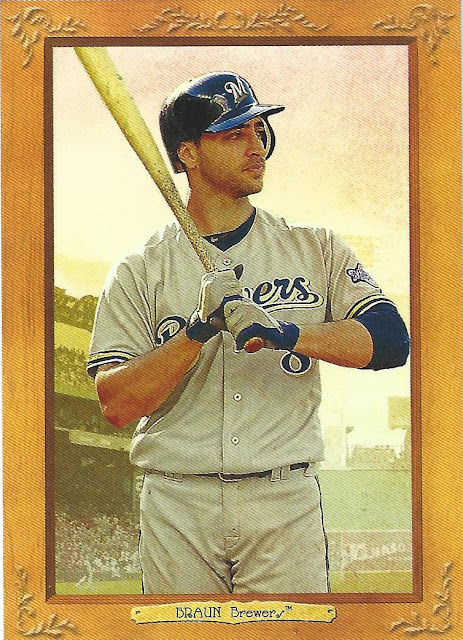 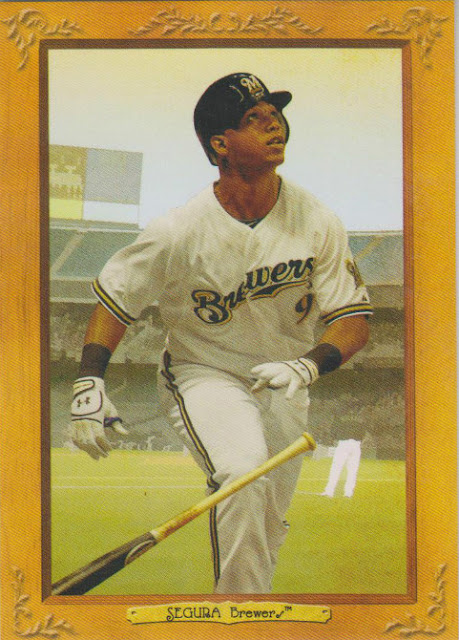 Just seems odd to me that the Brewers would actually have more autos to chase than base cards. 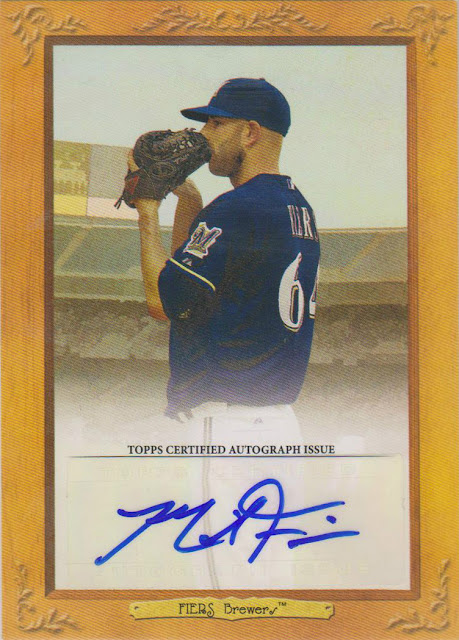 Mike Fiers auto is the most abundant at 689 copies.  There are also 2 parallels to chase here the black bordered auto #d to just 10 and the red bordered auto numbered 1/1. 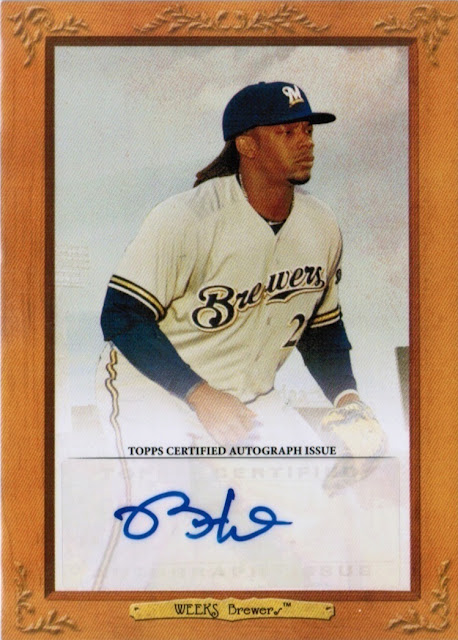 Rickie is the next most populous card with just 44 copies. 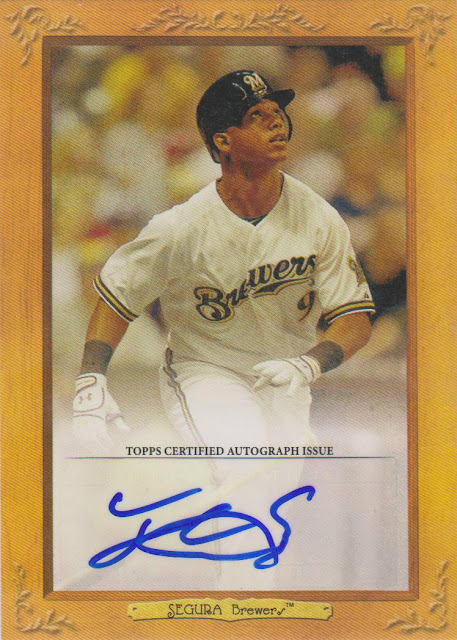 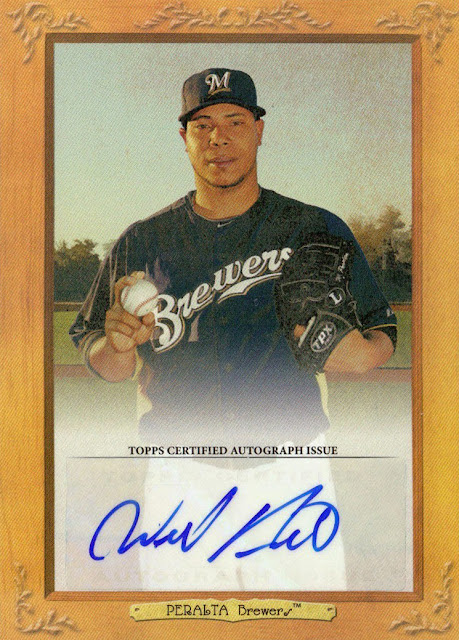 And finally Wily Peralta is numbered to just 20. 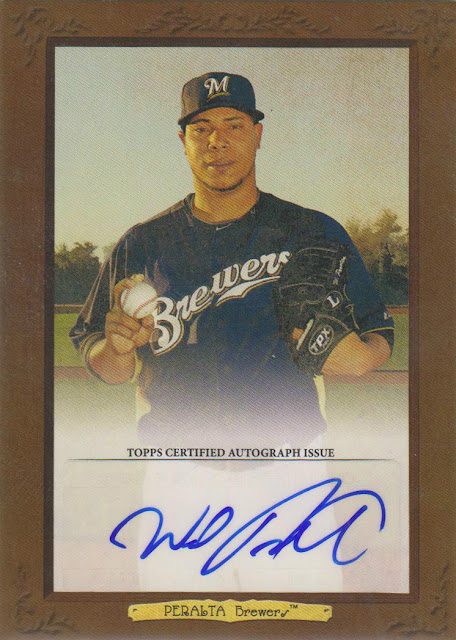 Here's what a black bordered auto looks like.  I couldn't find any red bordered ones up on ebay yet for anyone.

I don't have a single card from this set yet and I'll wait for the fervor to die down before attempting to pick up the base cards.  The only auto I think I have a shot at getting a decent price is the Fiers, but we'll see.
Posted by cynicalbuddha at 9:57 AM No comments: